At River Trail School we pride ourselves integrating new, fun, and interesting content to the students; and that is exactly what Channel 56 is about. Channel 56 is a student and teacher run program for seventh and eighth graders at River Trail. Ms. Diana provided a way to reach out and get equipment and software for the students to use, also to communicate with Teradek, the live streaming company we use here. The students run the camera, commercials, and activities and are also responsible for training the next generation of Channel 56 workers. Teradek is the live streaming company we at River Trail use, they help us show the daily program to all of the school. They connect our commercials and give content to youtube, where we then have the teachers use their computers to watch the stream. The soon to be ninth graders also did product development for Teradek. They sent us a beta version of an app through TestNav. We helped them develop, debug, and test the new app until it was nearly perfect. In exchange they allowed us to keep the one hundred-fifty dollar app. They allowed us to run a smooth production with as little errors as possible, if not for them our production would not be possible. 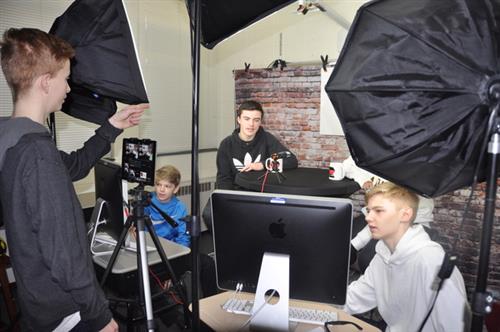 Our school runs a quarter system, the year is split in four quarters. For two quarters at a time the middle schoolers participate in mandatory electives of their choice. The students who choose the tech class would participate in Channel 56 program. There they learn team building skills, problem solving, and different ways how to use technology. Ms. Diana, the tech teacher helps to teach and problem solve with the pupils. She also helps get much needed equipment and software. She is one of the other components that are essential for Channel 56 to function. 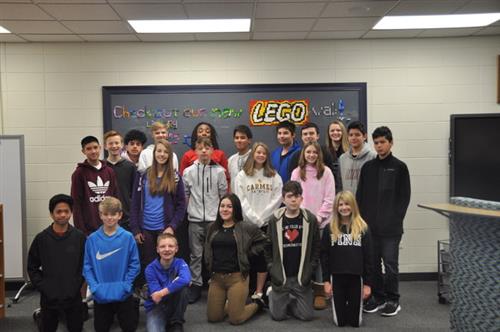 We at Channel 56 always work to add new things to the broadcast, like the pledge of allegiance and promotional commercials for the things going on at school. The pledge contains the kindergarten through fifth graders.The current students working on Channel 56 work set up a green screen and record two to three classes a day, then they work to edit and replace the green screen with an American flag. We then transmit the videos from computers to the iPad we use for the broadcast. The current camera worker switches between all of the pledges throughout the course of the year. The same process is adopted for the other commercials like pizza, popcorn and others like them. We start by recording the anchors in front of a green screen. Then we edit the correct background in, play music, and put it on the iPad for the students to see.

Everyone who is a part of our casting and help, deserves some recognition for the amazing work they put in to make Channel 56 Possible. First Ms. Diana, River Trail School’s great tech teacher, who was one of the most important people to Channel 56. Second, the 2016 eighth graders who started the program, who first had the idea to try Channel 56. Thirdly, Myself (Braden Lechner); the main camera, Cooper Stacey; the chief editor, David Lara; one of the best anchors we have had, Nick Palmieri; our very own weather man, and Amy K.; our director and script writer. 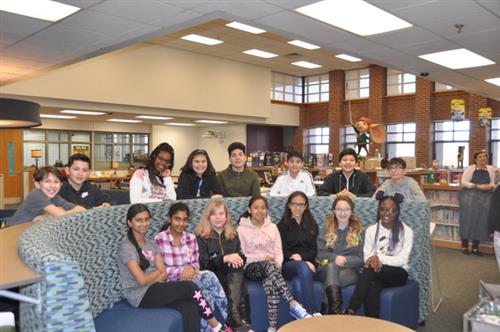